It’s the last thing I ever expected to be, and probably won’t be again anytime soon, but here’s what happened…

My buddy and screenplay writing partner Patrick Byrd is a professional photographer. He’s most recently been contracted by Roxor Eyewear to produce lifestyle photographs…basically, photos of people doing interesting things while wearing Roxor sunglasses, which are optimized for outdoor and sporting activities.

So Patrick hired a few pro models for the gig and clicked off a few hundred shots. Roxor loved the images, but said for the next shoot – a water themed shoot – they wanted someone who looked more like a regular guy than a model. Patrick showed them a clip of some on-camera work I’d done for FramesDirect.com and they thought I fit the bill.

We loaded up a kayak and hit Pedernales Falls State Park just outside of Johnson City, Texas where I kayaked for the first time ever and Patrick took pics. I gotta say, that I just might be a kayak convert. I kayaked a small stretch of the Pedernales about fifteen times and only fell out once!

The images will appear on Roxor’s new website which is currently in production.  I’ll be sure to brag when it launches. 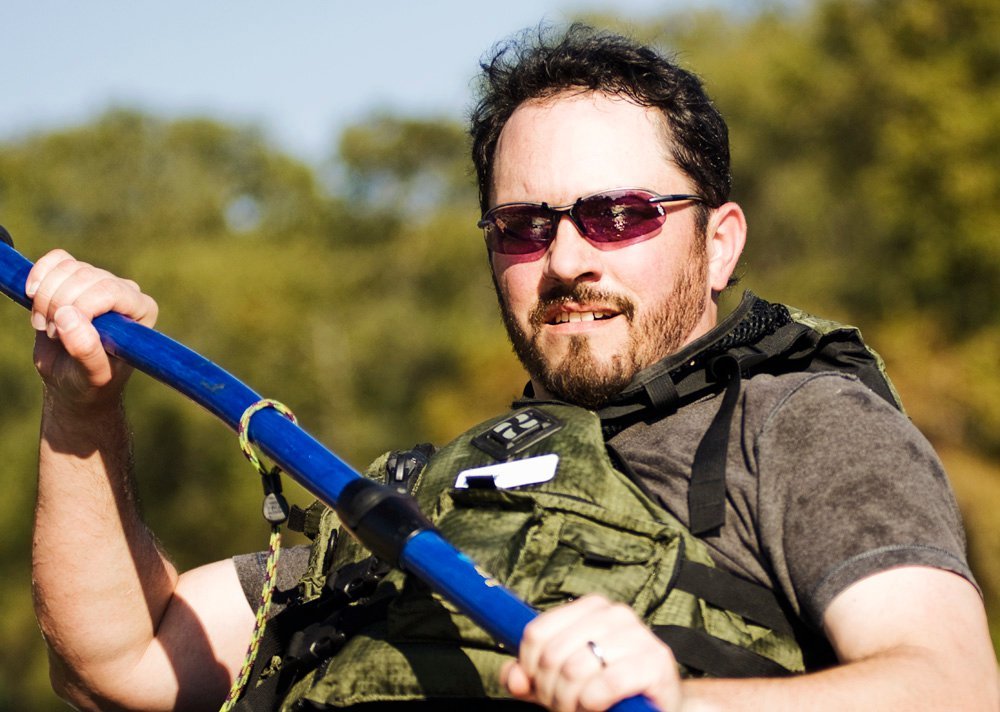 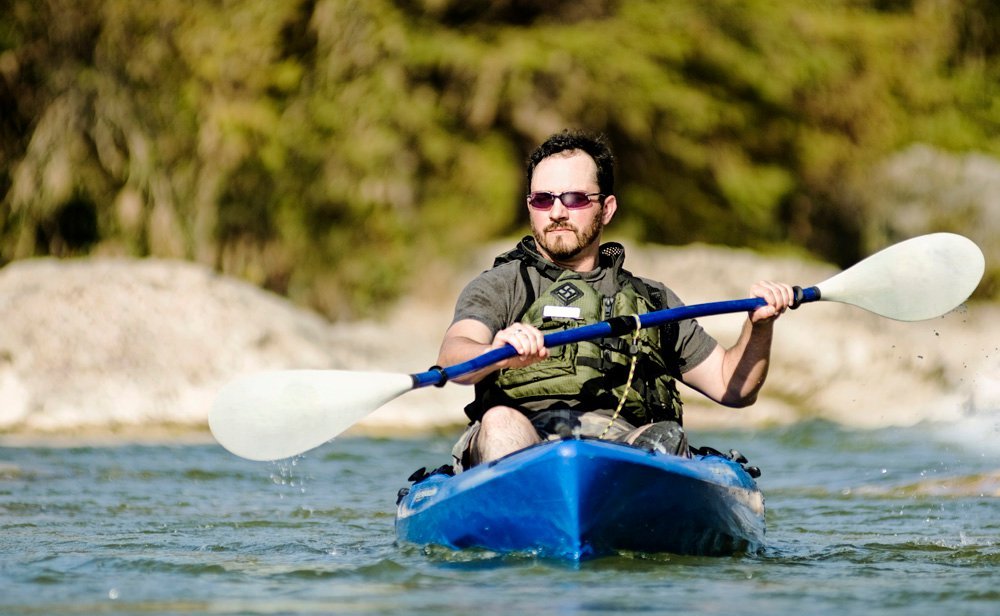